Eddy current separation devices are an effective way of removing non-ferrous metals from other products. Application such as aluminum cans from municipal waste, aluminum flakes from shredded PET, brass and aluminum from foundry sands and metals from shredded automobile scrap, other metals such as lead can also be removed. For successful non-ferrous separation, a magnetic should be installed prior to an Eddy Current Separator.
Eddy Current Separator is designed according to the principal that conductor can generate induced current in the high frequency alternating magnetic field. 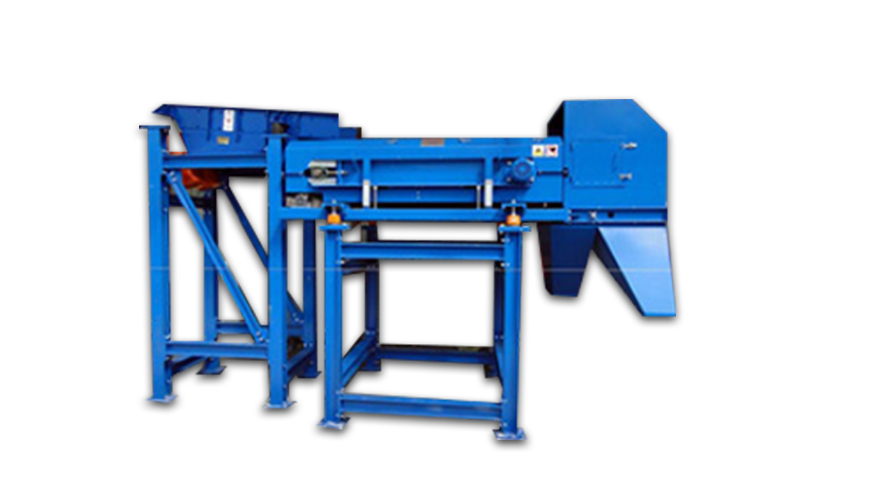 Eddy Current Separator is read to be installed for separation .This separator utilizes a powerful Eddy Current Rotor, Conveyor Belt, two variable discharge areas and support frame. This optional vibratory feeder provides a consistent flow of material to the Eddy Current Separator. The main principal is that an electrical charge is induced into a conductor by changes in magnetic flux cutting through it. Moving permanent magnets passing a conductor generates the change in flux.